From the Back Cover

Kat Williams’s brother died in a gruesome accident in the mountains of East Tennessee. She blames herself.
Ryan Jenkins’s fiancÃ©e was murdered. He couldnâ€™t protect her. 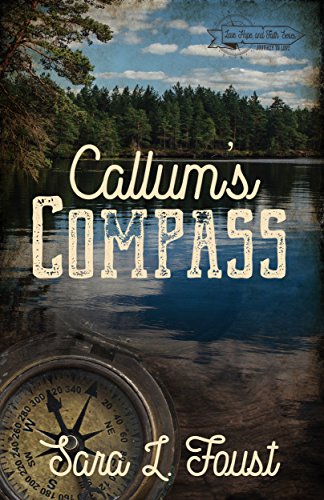 With the death of her brother, Kat believes she is unworthy of love from anyoneâ€”even God. When a good friend elicits a promise that she will stop living in the past, then leaves her clues to a real-life treasure hunt, Kat embarks on an adventure chock-full of danger. To find the treasure, Kat will have to survive wild animalsâ€”and even wilder men. Can she rely on Ryan, the handsome wildlife officer assigned to protect her â€¦ without falling in love?
Ryan swore off love when his fiancÃ©e was murdered, but feelings long buried rise to the surface around Kat. He volunteers to help with her treasure hunt, vowing to keep her safe. Together they venture deep into caves and tunnels â€¦ and even deeper into the depths of their unplumbed hearts.

Overall, I really enjoyed this book. It had the three components that I really enjoy, action, a little romance, and a line of redemption.

The story kept a good pace and with that kept me interested. There was enough danger and suspense to keep me guessing who our “bad guy” was. Though I did have a good idea early own but that’s okay, it was well done.

The relationship aspect between Kat and Ryan was also well done. They were both dealing with their past hurts and other issues. Which leads me to the final component that was extremely well done. Both Kat and Ryan had significant events in their past that was affecting their present. The author did a great job on this story line.

The only issue I had with the story, is I felt like their were some timeline issues.Â  One chapter opens with “it had been two weeks” but ends with a line “in the past two days.” That felt “off” to me as a reader, however, the rest of the story was extremely well done and I can “forgive” what seemed to be a timeline issue.

Disclaimer: I received a complimentary copy of this book from the author for the ACFW Discussion Group. Opinions expressed in this review are completely my own.

Please note the link at the end of this post is part of the Amazon affiliateÂ program, any funds earn help to offset the cost of this site. If you donâ€™t see the ad, you may have an adblocker turned on. Thanks!