Casey Cox is still on the run after being indicted for murder. The hunt that began with her bloody footprints escalates, and sheâ€™s running out of places to hide. Her face is all over the news, and her disguises are no longer enough. Itâ€™s only a matter of time before

Dylan Roberts, the investigator who once hunted her, is now her only hope. Terrifying attempts on Dylanâ€™s life could force Casey out of hiding. The clock is ticking on both their lives, but exposing the real killers is more complicated than they knew. Amassing the evidence to convict their enemies draws Dylan and Casey together, but their relationship has consequences. Will one life have to be sacrificed to protect the other?

WithÂ If I Live, Terri Blackstock takes us on one more heart-stopping chase in the sensational conclusion to the If I Run series.

Terri Blackstock is a New York Times best-seller, with over six million copies sold worldwide. She is the winner of two Carol Awards, a Christian Retailers Choice Award, and a Romantic Times Book Reviews Career Achievement Award, among others. She has had over 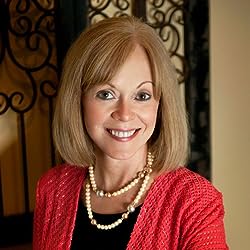 twenty-five years of success as a novelist.

Terri spent the first twelve years of her life traveling in a U.S. Air Force family. She lived in nine states and attended the first four years of school in The Netherlands. Because she was a perpetual â€œnew kid,â€ her imagination became her closest friend. That, she believes, was the biggest factor in her becoming a novelist. She sold her first novel at the age of twenty-five, and has had a successful career ever since.

Recent books include Truth Stained Lies (Book 1 of her Moonlighters Series), and her acclaimed Intervention Series (Intervention, Vicious Cycle, and Downfall). Other recent favorites include Predator, Double Minds, the Restoration Series, the Newpointe 911 Series, the Cape Refuge Series, and the SunCoast Chronicles series.

In 1994 Terri was writing romance novels under two pseudonyms for publishers such as HarperCollins, Harlequin, Dell and Silhouette, when a spiritual awakening prompted her to switch gears. At the time, she was reading more suspense than romance, and felt drawn to write thrillers about ordinary people in grave danger. Her newly awakened faith wove its way into the tapestry of her suspense novels, offering hope instead of despair. Her goal is to entertain with page-turning plots, while challenging her readers to think and grow. She hopes to remind them that theyâ€™re valued by God and that their trials have a purpose. (Source: Goodreads Author Page)

By the third book in the series you can’t help but love Casey and Dylan. You want them to win.

I would recommend this story to my friends and family that enjoy good suspense. I do recommend you read all the books in the series, in order. You would probably enjoy it only reading book three, but to totally appreciate it, you want to read it as a set.

Disclaimer:Â Â I did receive a complimentary copy of this book from the publisher via Netgalley.com, I was not required to give a review and the opinions here are my own.