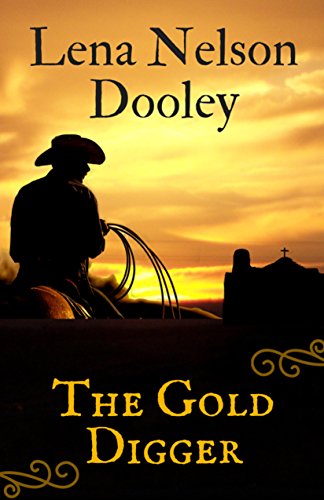 It’s 1890, and Golden, New Mexico, is a booming mining town where men far outnumber women. So when an old wealthy miner named Philip Smith finds himself in need of a nursemaid, he places an ad for a mail-order bride–despite the protests of his friend Jeremiah.

Hoping to escape a perilous situation back East, young Madeleine Mercer answers the ad and arrives in town under a cloud of suspicion. But just as she begins to win over Philip–and Jeremiah himself–the secrets she left behind threaten to follow her to Golden . . . and tarnish her character beyond redemption.

Award-winning author Lena Nelson Dooley has had more than 850,000 copies of her books sold. She is a member of American Christian Fiction Writers http://www.acfw.com/ and the local chapter, ACFW – DFW. Sheâ€™s a member of Christian Authorsâ€™ Network, and Gateway Church in Southlake, Texas.

Lena loves James, her children, grandchildren, and great grandsons. She loves chocolate, cherries, chocolate-covered cherries, and spending time with friends. Travel is always on her horizon. Cruising, Galveston, the Ozark Mountains of Arkansas, Mexico. One day it will be Hawaii and Australia, but probably not the same year. Helping other authors become published really floats her boat, with over forty having their first book release after her mentoring. Three of her books have been awarded the Carol Award silver pins from American Christian Fiction Writers, and she has received the ACFW Mentor of the Year award at their national conference. The high point of her day is receiving feedback from her readers, especially people whose lives have been changed by her books.

Her 2010 release Love Finds You in Golden, New Mexico, won the 2011 Will Rogers Medallion Award for excellence in publishing Western Fiction.

Her next series, McKennaâ€™s Daughters:
Maggieâ€™s Journey appeared on a reviewers Top Ten Books of 2011 list. It also won the 2012 Selah award for Historical Novel.

The second, Maryâ€™s Blessing, was a Selah Award finalist for Romance novel.

Catherineâ€™s Pursuit released in 2013. It was the winner of the NTRWA Carolyn Readerâ€™s Choice contest, took second place in the CAN Golden Scroll Novel of the Year award, and won the Will Rogers Medallion bronze medallion.

Her blog, A Christian Writerâ€™s World, received the Readers Choice Blog of the Year Award from the Book Club Network.

She has experience in screenwriting, acting, directing, and voice-overs. She has been featured in articles in Christian Fiction Online Magazine, ACFW Journal, Charisma Magazine, and Christian Retailing.

In addition to her writing, Lena is a frequent speaker at womenâ€™s groups, writers groups, and at both regional and national conferences. She has spoken in six states and internationally. She is also one of the co-hosts of the Along Came a Writer blog radio show.

Lena has an active web presence on Facebook, Twitter, Goodreads, Linkedin and with her internationally connected blog where she interviews other authors and promotes their books.

Madeline Mercer loses her beloved father and soon finds herself facing a forced marriage to her fatherâ€™s business partner, Horace Johnstone. Rather than marriage this despicable man Madeline along with her trusted servants, and her adopted infant daughter head from Boston to Golden, New Mexico answering an ad for a mail-order bride.

As the story unfolds I pretty much knew how it would end. However, the author does a fantastic job getting us there. She did surprise me with how she developed at least one of the characters. But I think the thing that impressed me the most is how I fell in love with the characters. Honestly, I cried through 3 of the last 4 chapters, because I had become so invested with the characters. Itâ€™s truly a beautiful story.

Disclaimer:Â Â I did receive a complimentary copy of this book from the author, I was not required to give a review and the opinions here are my own.

You can also check out my 2 Minute Review