Tess Oâ€™Rourke dreams of becoming the first female chief of police in Long Beach, California. As commander of the East Division, she is well on her way . . . until the night she responds to an officer-needs-assistance call and fatally shoots an unarmed teenager. Despite being cleared of wrongdoing by a grand jury, Tess is so hounded by the public that she takes a job in Oregon to escape the bad press.

Winning over the residents of Rogueâ€™s Hollow might be more difficult than adjusting to her new role as police chief in the small, backwater town. Especially when her closest friend, the pastorâ€™s wife, goes missing and the womanâ€™s cousin is found shot. Tess finds an ally in sheriffâ€™s deputy Steve Logan, but as they track down Rogueâ€™s Hollowâ€™s first murderer, she worries that sheâ€™s breaking one of her rules and getting too close to him. 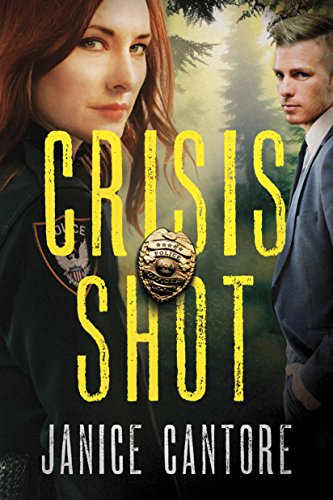 
This is my first book by this author and I liked her writing style and the topic. It’s one of those “Ripped from the headlines” type of story. Strong story, stronger characters.

I really liked Tess because she is a fighter. I also respected her when she realizes she is fighting a losing battle after the shooting. I admired her tenacity as she takes on the role as the first female chief of police in a small community in Oregon.

The story itself is excellent. Characters to love and characters to not care for. The author also allowed the reader to try and solve the case along the way. Something I also appreciate. There were some “gotcha” moments at the end. Thankfully, this appears to be a book 1 in a new series, because there were a lot of unanswered questions at the end.

Disclaimer:Â Â I did receive a complimentary copy of this book from the publisher, I was not required to give a review and the opinions here are my own.