In a small Georgia town where racial tensions run high and lives are at stake, can one lawyer stand up for justice against the tide of prejudice on every side?

Adisa Johnson, a young African-American attorney, is living her dream of practicing law with a prestigious firm in downtown Atlanta. Then a split-second mistake changes the course of her career.

Left with no other options, Adisa returns to her hometown where a few days earlier a white police officer shot an unarmed black teen who is now lying comatose in the hospital.

Adisa is itching to jump into the fight as a special prosecutor, but feels pulled to do what she considers unthinkableâ€”defend the officer.

As the court case unfolds, everyone in the small community must confront their own prejudices. Caught in the middle, Adisa also tries to chart her way along a path complicated by her budding relationship with a charismatic young preacher who leads the local movement demanding the police officer answer for his crime.

This highly relevant and gripping novel challenges us to ask what it means to forgive while seeking justice and to pursue reconciliation while loving others as ourselves. 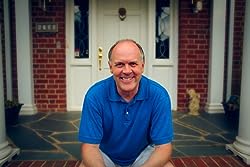 Robert Whitlow grew up in north Georgia. He graduated magna cum laude from Furman University with a BA in history in 1976 and received his JD with honors from the University of Georgia School of Law in 1979. A practicing attorney, he is a partner in a Charlotte, NC law firm. He and his wife Kathy have four children and three grandchildren.
Robert began writing in 1996. His novels are set in the South and include both legal suspense and interesting characterization. It is his desire to write stories that reveal some of the ways God interacts with people in realistic scenarios. (Source Amazon author page) Website: www.robertwhitlow.com

Whitlow did an amazing job telling this story. I loved the characters and their struggles dealing with this timely topic. The story presents the complexity of the racial tension that is prevalent in our society today.

I liked Adisa a lot! She was an honest character that struggled with her commitment to justice and her breaking heart at the situation that surrounds her.

I think the thing that impressed me was the way the author portrayed the different viewpoints in a situation like this. Although I don’t agree with some of the attitudes displayed by the two sides in situations like this one, I think I understand them a little better.

If you want a story that is “ripped from the headlines” that gives a fair look at both sides this is an excellent choice.

I give this 4 stars on the Goodreads scale.

Disclaimer:Â Â I did receive a complimentary copy of this book from the publisher, I was not required to give a review and the opinions here are my own.
September Give Away