Mallory Baldwin is a survivor. A former victim of human trafficking, sheâ€™s been given a second chance, yet not a night goes by that she doesnâ€™t remember being a slave to weapons dealer Dante Torres. Despite being afraid of the dark and wary of strangers, Mallory is trying to rebuild her life by turning her tragedy into redemption.

To former Navy SEAL Tennyson Walker, Mallory seems nothing like the shattered woman he rescued two years ago, and he canâ€™t help but be inspired by her strength and resilience. So when a stalker suddenly makes Mallory vulnerable once again, Tennyson steps up as her bodyguard to keep her safe.

Mallory and Tennysonâ€™s mutual attraction canâ€™t be ignored, but neither can Malloryâ€™s suspicion that Tennyson is keeping a terrible secret about her past. As the nightmare closes in, itâ€™s not only Mallory and Tennysonâ€™s love that comes under fire but their very lives as well. Will their faith sustain them? Or will the darkness win once and for all? 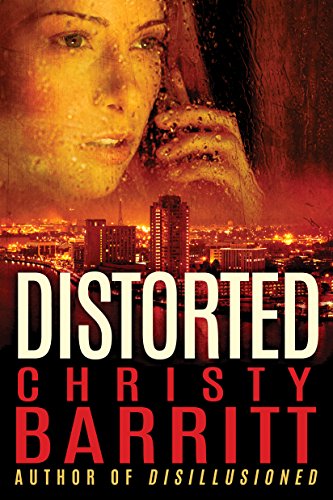 This author is amazing! I fell in love with her writing with the Squeaky Clean Mystery series. She then introduces her readers to Holly AnnaÂ Paladin equally enjoyable but very different. This series of books are two steps above in intensity and suspense. And it shows the diversity of Christy Barritt.

Mallory is an amazing young woman. Having faced a young woman’s worse nightmare being held captive by a madman. After her rescue, she strives to become a better person and make a difference for women everywhere. She has a lot of fight but there is still a brokenness in her. Tennyson Walker is a man’s man! He’s tough, smart, and committed to protecting Mallory at all cost.

The action is intense and kept me guessing throughout the story. Â Having read all three that have been in this series, this was definitely the most intense and probably the best. (All 3 are excellent!)

No Disclaimer, I bought this one because I love the author!