Betrayed by her fiancÃ© to the Nazis, Linette Van Linder escapes the clutches of the Waffen SS and runs into American reporter, Michael St. James. Michael refuses to abandon the woman who just ran into his life and knows he canâ€™t allow her to be arrested for standing for justice. The only way he is able to save her is marry her to get the exit visa.
Their forced marriage becomes more than a simple means to an end, but two souls bound in the fires of war. Linette works as a spy for the British Army while Michael joins the American Army and becomes attached to Dwight D. Eisenhower.
As Linette and Michael join the fight to win against the darkness that has settled across Europe, they struggle to come to grips with the people theyâ€™ve become. And wonder if their love will survive the struggle. 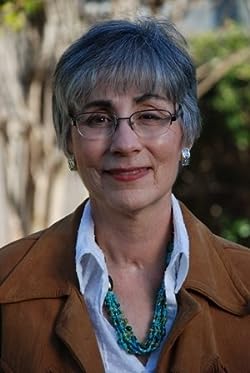 Â Leann was born in Colorado, but as a teen her family moved to Texas.

She graduated from the University of Texas at Austin, and taught math and science to deaf high school students for a couple of years until the birth of her first child. When her youngest child started school, Leann decided to fulfill a life-long dream and began writing.

She’s an avid gardener and works out plot points while pulling weeds.

I love how the author opened this story. It was a very creative way for Linette and Michael to meet. I was hooked from that point on.

The author did a great job covering World War II. She gave enough details to help the reader grasp what was happening in Europe and the effect that it had on the British and Americans. But she did an exceptionally good job on portraying the occupation of Holland. As well as the deportation to the camps of the Jews and those who helped the Jews. Likewise, she shared enough about what happened in the camps to give the reader a strong sense of just how horrible they were without being graphic.

She also dealt with the struggle that many of the survivors must have felt in those years.

It was a really good story that gave me a lot to think about. I haven’t studied a lot of World War II history so I found this book very educational and heartbreaking.

I did receive this book from the author and I’m so glad I did. I might not have ever picked this one up on my own. But by reviewing I learned more about WWII and understand a little better how hard that time and war really was. So thank you Leann for sharing this book with me.

I loved this book so much I want to share it with someone. So I’m giving away a Kindle version of this wonderful book